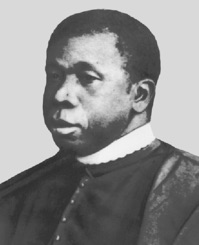 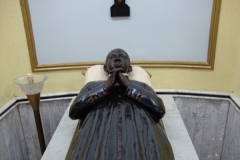 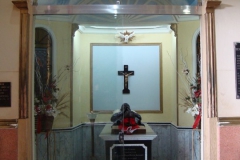 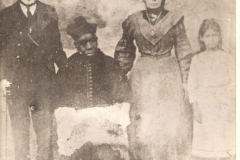 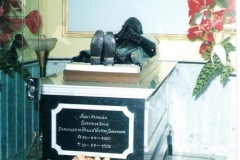 Though he became a tailor’s apprentice, Victor dreamed of becoming a priest. It was a forbidden dream, though, so impossible that it was said that hens would grow teeth on the day of his ordination. He lived under a slave regime, and for slaves, especially black slaves, it was forbidden not only to hold any public office, whether civil or ecclesiastical, but even to study.

The help of his godmother-mistress and the determination of Bishop Antonio Viçoso, a convicted abolitionist, provided some favorable circumstances for Victor’s hopes. Having begun his studies at the home of the elderly pastor of Campanha, Fr. Antonio Felipe de Araujo, Victor was send to the Seminary of Mariana. Here he patiently endured hostility and discrimination from other seminarians, to the point that he became their servant. One of them wrote that in spite of everything, Victor always remained hopeful. With his humility and determination, in the end he overcame them all. Also overcoming canonical impediments thanks to an indult, on he was ordained a priest on June 14, 1851. Many whites, however, refused to accept that a black ex-slave could be a priest, even refusing to receive communion from him. Thus when he was sent to Tres Pontas as vice-pastor on June 18, 1852, there was a great deal of concern and hesitation among the local population.

Through humility and patience, with the help of an ardent and limitless love for Jesus Christ, Fr. Victor was not only accepted but even “idolized” by his parishioners. He was pastor of Tres Pontas for over fifty years, until his death on September 23, 1905.

He was buried in his parish church, where in 1999, with canonical recognition, his mortal remains were placed in a new sarcophagus.

To his care and guidance of souls, he added the founding of the School of the Holy Family, in which he was also a teacher, to provide for the schooling of rich and poor, black and white. He was convinced that learning, combined with faith, could be the foundation of a new society. He built the largest church in Minas Gerais: Our Lady of Ajuda. His love set him apart in a special way, for he himself lived in absolute poverty. The devil feared him as an exorcist, to the point of avoiding, as he called him, “that horrible black man with the pronounced lips”!

The spiritual and cultural inheritance from Fr. Victor makes Tres Pontas and the neighboring areas distinctive. The faithful there venerate him with great devotion, and he is remembered by all as “the saint of impossible things.”